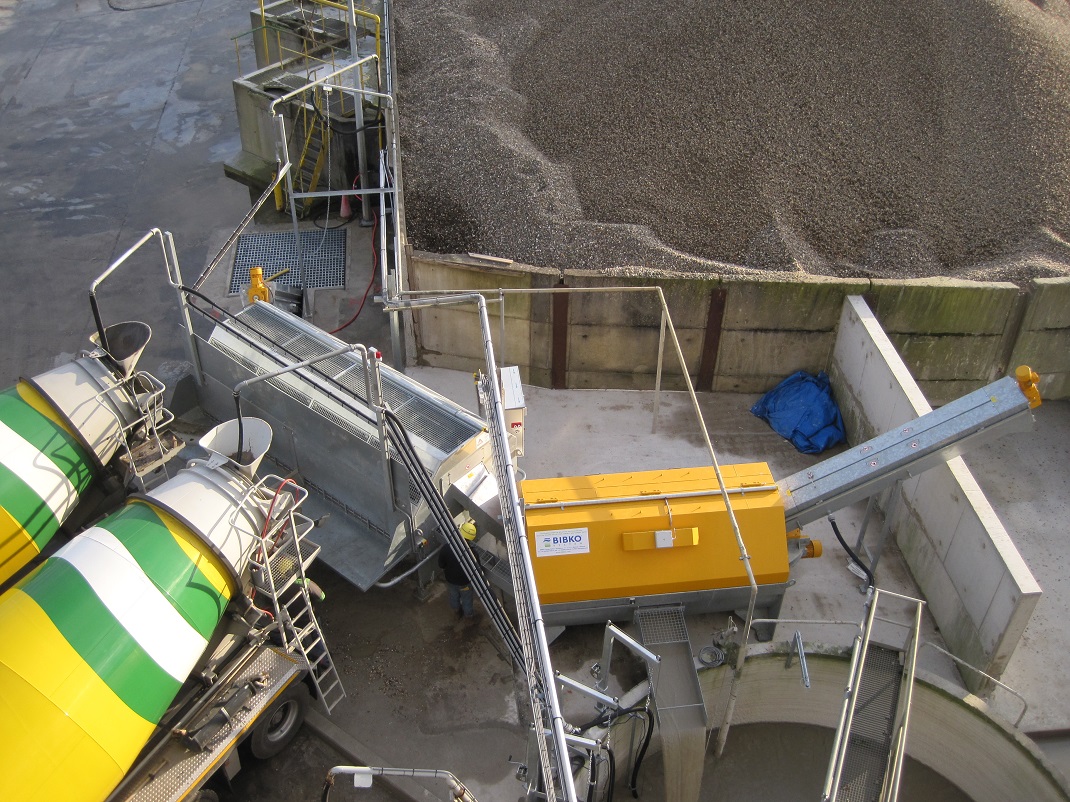 The advantage of a dosing buffer derives from the possibility to discharge several trucks at higher speed. The dosing buffer collects the residual material and continuously feeds it into the connected recycling machine. The produced washing quality as well as the separation cut of the fines contained in the greywater is assured as they are independent of the evacuation speed of the trucks. Due to the higher discharge speed of the trucks the total time for the discharge and wash process of the trucks is significantly reduced.